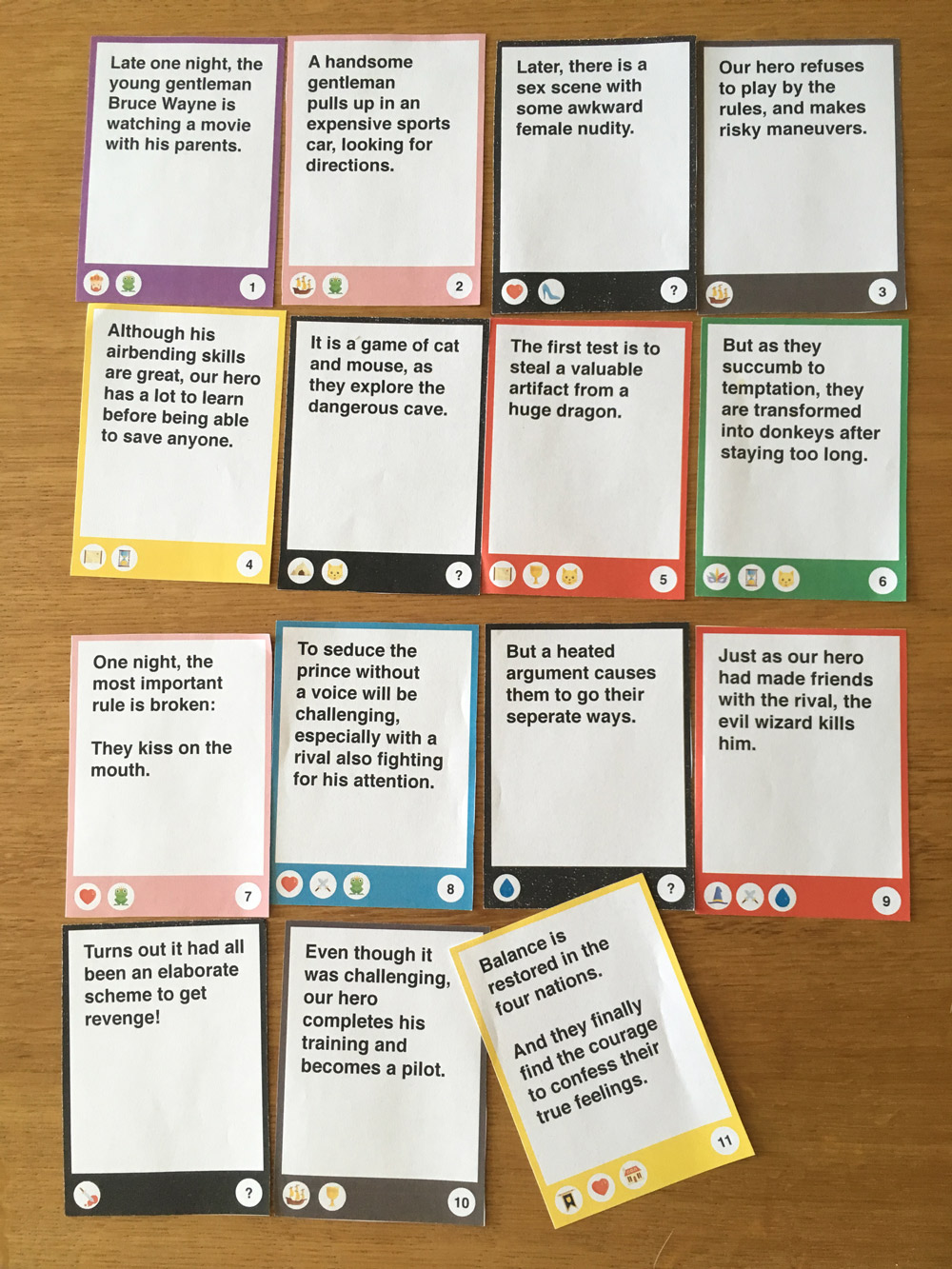 The final project of the year had to somehow involve “Storytelling” as a component. Having just studied Joseph Campbell’s monomyth in relation to modern movie scripts, gave me an idea for a board game.

Most Hollywood movies follow the same basic twelve steps to create a compelling story. I tried to make a card for each of those twelve steps for a few movies, to test if that fact could be turned into a game of some sorts.

For example, both Star Wars and The Wizard of Oz start with the main character being bored at farm. The Little Mermaid wants more from life than being stuck in her father’s palace under the sea.
Most stories start out establishing “regular” life for our hero, and then disrupts that by introducing chaos to the plot:
“Then, everything changed when the Fire Nation attacked”.

This version of the game was fun, but sort of pointless. I had to develop an objective and some rules, to keep the game from being too random and the final “plot” from turning too bizarre.

Most movies have archetypes that overlap, such as the wise mentor, the princess, the jester, and so on. Labeling the cards when these storytelling elements appear would connect the different movies to a somewhat coherent plot.
So instead of “Obi Wan Kenobi” I would type “a crazy old wizard”, so the final plot would read more seamlessly.

Then I added objectives that each player would receive at the beginning of the game. For example:
“You want to write a strong female character: Get one point for each princess and fight icon in the final movie”.
This gives the players something to work towards, along with giving them a hint of a role to play, if they want to act as though they are real scriptwriters.

To give more control to the player, I added bonus scenes that could be played at any time, both to add humor, but also to balance the amount of each archetype appearing in the game.

Script Smash has a few problems, though. The odds of finding the right card aren’t good enough, resulting in lots of frustration. Turn after turn where the players are unable to act, and have to draw cards, turning their hand unmanageable.
My tests of the game revealed that my rules weren’t clear enough, and left too much room for confusion.

This game is still in progress. To be honest, I don’t really like the name “Script Smash”, but needed to come up with something for the main presentation. But it is headed in the right direction, and I think it can be a great party game once I work out the kinks, and create some rules that are easily explained.

I need to test it, like, fifty times with different groups – and I think it would be nice to have another developer to spar with: feel free CONTACT ME if you have any ideas or want to try my game! 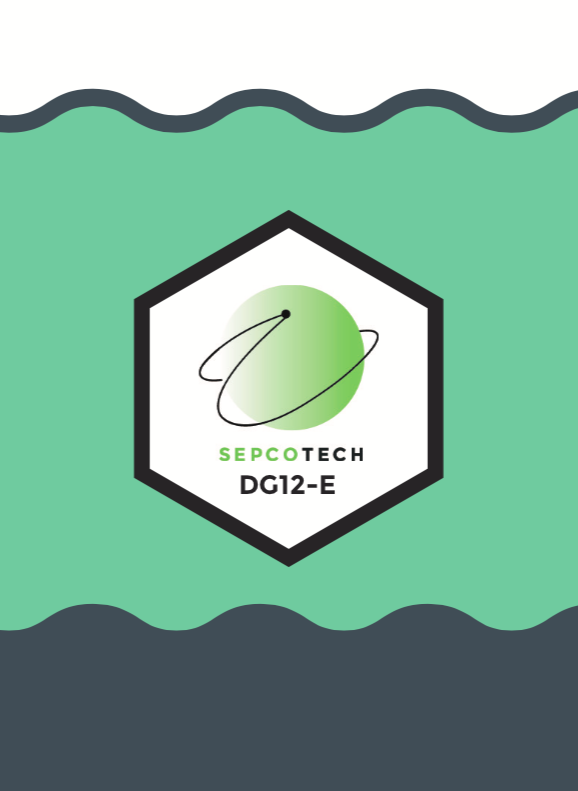 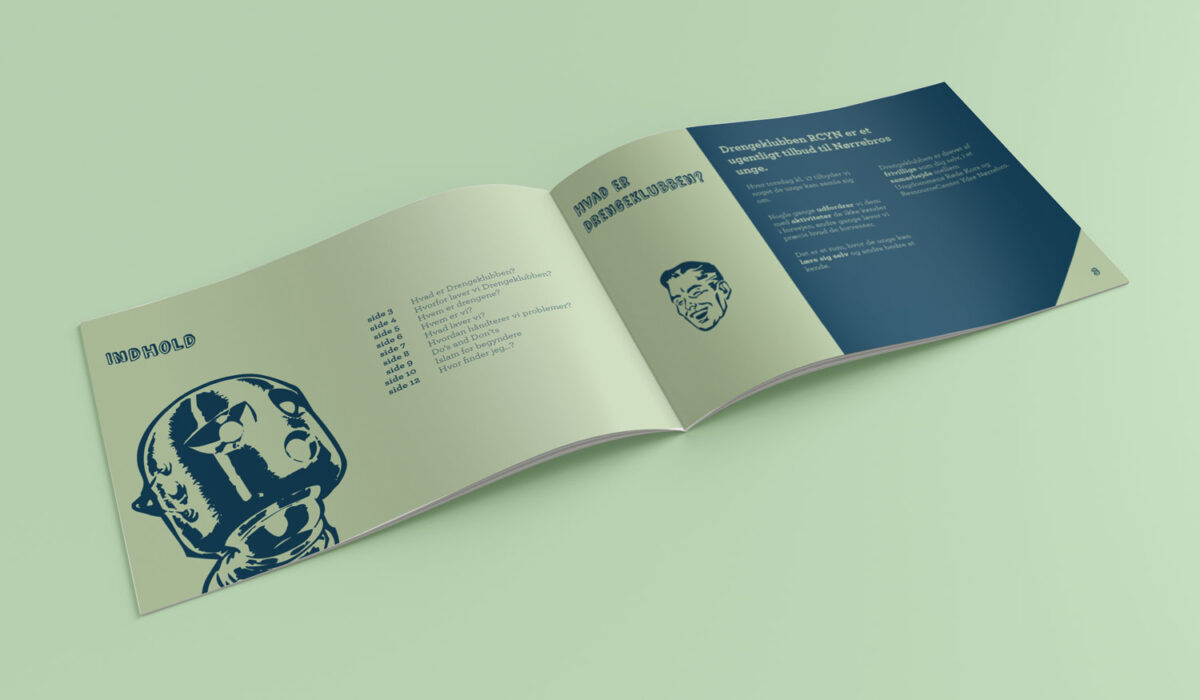 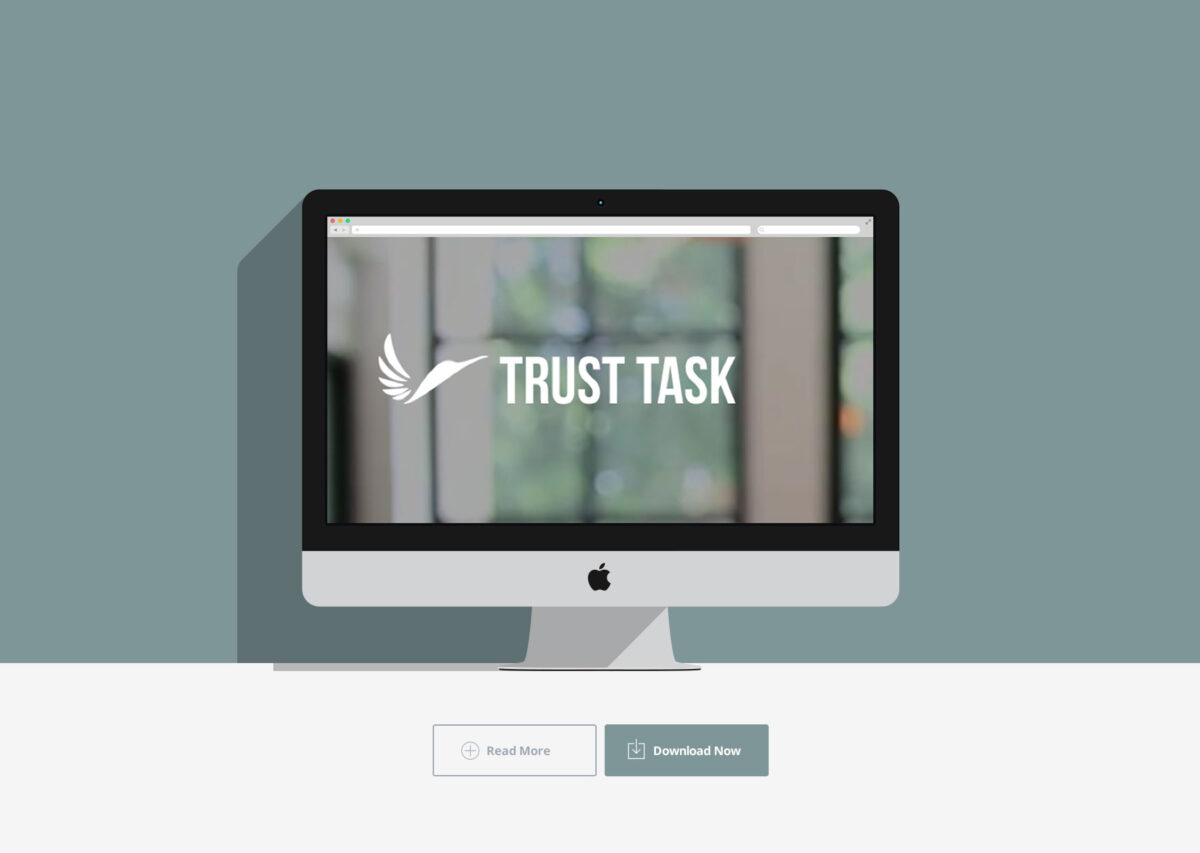